Perlite is the small white, pumice-like grains that you will find in quite a few potting mixes currently available on the market. Primarily it is used to help improve the drainage and aeration of a hydroponics substrate, meaning that you are much less likely to run into problems associated with over-watering than when you use a substrate without perlite added into it. It is particularly useful to add into a media when you are growing in systems such as Autopots, that are typically constantly saturated with water, to ensure they do not become waterlogged.

Perlite is an expanded natural volcanic glass. It is produced in a similar way to clay pebbles, whereby the raw material is heated up to an extremely high temperature and they quickly expand, becoming a highly porous material filled with micro-pores of space. It is a non-renewable mineral source that is harvested from areas in the world that have high levels of volcanic activity.

Initially starting its life as a black solid rock like material, during the heating process, the temperatures are raised up to around 850 degrees C. This forces the moisture trapped inside the perlite to vaporise and forces an expansion of the entire material. The resulting expanding material turns into a brilliant white colour, highly suitable for many hydroponic growing practices. The main element making up Perlite is silicon dioxide, so a small amount of available silicon will be released to your plants.

Perlite granules have a very porous texture, meaning they are full of micro pores that can store extra amounts of oxygen, vital for you plants to grow healthy and strong! The porous nature of perlite means that water is extremely free-draining though it, meaning less chances of a water-logged pot and over watered plants, when you use it as a growing amendment. It is particularly useful for opening up and aerating dense soils or potting mixes, dramatically increasing the overall available oxygen content. Further to promoting a faster uptake of nutrients, an increased oxygen level will also help to ward off any pathogenic diseases from your pot – helping to keep root rot at bay.

Although Perlite is a fantastic method to increase aeration, because of its porous nature, it does (to a degree) hold on to a certain amount of water simply from the huge surface area that it possesses. If used as a standalone media however, irrigation frequencies need to be dramatically increased, as its water holding capacity is by no means anywhere close to a media like soil or coco.

HOW TO USE PERLITE

It really couldn’t be easier! Simply open the bag and pour it out. No pre-treating or buffering for pH is needed with perlite of any sort. It makes a fantastic addition to another potting media such as soil or coco, the ratio of which you should be adding depends very much on the media you are adding it to and the system you are going to be using it in. If you think you may benefit from using perlite, but are unsure of exactly how much you should be using, please feel free to give us a ring and one of our experienced staff members will be happy to help.

Ideally have a breathing mask when using the product. A lot of fine dust particles will be released into the air when you start pouring it out of the bag. While not immediately life threatening, it’s always best to avoid breathing any of it in. To avoid this spray or wet the perlite slightly before you begin tipping it out of the bag.

Perlite can also be used as part of a 50/50 mix with vermiculite – a very successful mix of media particularly for when rooting cuttings.

Be careful when using perlite in irrigation systems, as any perlite that becomes loose can end up floating around the system and cause blockages with pumps or drip lines.

Thank you for submitting a review!

Your input is very much appreciated. Share it with your friends so they can enjoy it too! 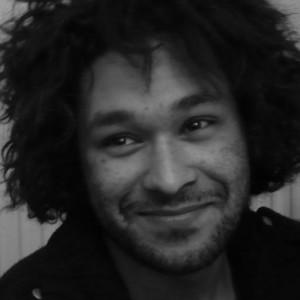 Competitive prices and delivered in a timely fashion. Great service.

Hi there, Thank you for taking the time to leave a review, we greatly appreciate it! We are pleased to hear your are satisfied with our services provided. Kind Regards,

Hi there, We are thrilled to hear you are happy with your order, thank you for taking the time to leave a review! Kind Regards,

Hi there, Thank you for the positive feedback, it's great to hear that you are pleased with your purchase and the service provided! Kind Regards, 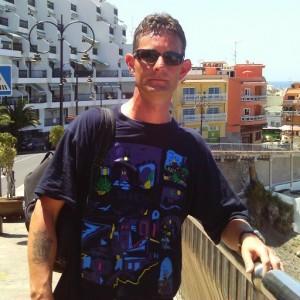 Hi there, We pride ourselves on quality products and efficient service. Thank you for your positive feedback! Kind Regards,

We purchased this to make a pizza oven and a bbq fire pit, we haven’t been disappointed. Arrived promptly in good condition.

Hi there, We are glad to hear you are pleased with your purchase and the courier's service. It is nice to hear of alternative uses than originally intended for our products, thank you for the feedback. Kind Regards,

WHAT ARE YOU LOOKING FOR?

Do you want to add products to your personal account?